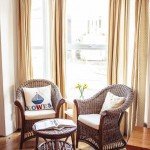 If you need a meeting room or interview room in Cowes, Isle of Wight then please give us a call to discuss on 01983 293599 or drop us an email at stay@the-caledon.co.uk. We have three elegant rooms available for your use in our beautiful guest house; if you are after a relaxed environment you can choose to chat over a coffee on comfy sofas in our Guest Lounge.  This can also be used as a superb meet and greet area. If you want to hold Continue reading → 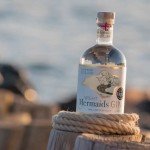 We are very pleased to have teamed up with the Isle of Wights only distillery to bring you Wight Mermaid Gin (along with everyone favourite Fevertree Tonic). Now you can sit back and relax in your room or the lounge downstairs and enjoy the wonderful botanicals of our local brew.   If gin is not your thing then don’t worry, we have a lovely red and white wine, soft drinks and a delicious Prosecco for those special occasions.  The honesty bar is open till 10pm each evening Continue reading → 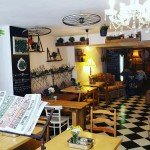 The Mess Canteen has now had a makeover and is now called ‘Reclaimed Cafe & Bar’ Check out their new facebook page     The Mess Canteen is a great little bar in Cowes High Street. The food is really good – Mark’s favourite dish is their amazing fish cakes, I have a penchant for their delicious burgers with rosemary fries and my bro-in-law Rob nearly always has their lovely big slab of ham with egg and chips. YUM! The Mess is also a really Continue reading →

Sean is just down the road from us and offers a great service for those wanting to take their cycling up a gear!  If you need a bike service or running repairs he is your man, and can set you on the right path to train that body that sits on top too.Check out Seans website - Seanthecyclist - Book in with us, your bike will be safe and dry in our amazing cycle store and Sean can map out your training for the next year. Continue reading →

We are super pleased to be able to offer you our 15% discount code to use on Red Funnels website when you book to stay with us here at The Caledon, in Cowes on the Isle of Wight. All you need to do is use our website to book at least one nights stay and add the discount code option onto your booking - Mark will then send the single use unique code for you to use with Red Funnel and you will get 15% off your standard Continue reading →

We love our house so much – it has looked after us for over 13 years now and is the perfect place for us to run our bed and breakfast. Gradually we are exposing more and more of the original brickwork around the house, we think it adds a real warmth and depth of history to the character of the building. It’s not something that you can easily recreate in large modern hotels and adds that personal touch to staying in Continue reading →

The new tradition in luxury bathing, inspired by the British Isles - at The Caledon Guest HouseWe have taken 18 months and many many samples (lots of showers, and lots of making friends and family smell little bottles) to find our new beautiful toiletries - www.nobleisle.comWe chose Noble Isle as not only do they make the most amazing products but also they are a British company making all their products in the British Isles which fits in with our choice to try and shop local Continue reading →
If you fancy a few drinks while in Cowes, whether it’s to watch the game, listen to  live music, sit in the sun with a glass of wine or slurp on a few fruity cocktails then read on, Cowes had lots to offer! Traditional Pubs we like to frequent: The Fountain oldenglishinns.co.uk The Anchor Inn theanchorcowes.co.uk The Pier View pierview.co.uk The Vectis Tavern thevectistavern.co.uk The Union unioninncowes.co.uk Restaurants with bars: Coast thecoastbar.co.uk The Grill thegrillcowes.co.uk North House northhousecowes.co.uk

From this Autumn onwards, visitors to the Isle of Wight will be able to follow a new ‘Victoria’s Island’ Trail, and explore the monarch’s home – Osborne – where many of the events depicted in the new movie ‘Victoria & Abdul’ were filmed. Osborne on the Isle of Wight, the seaside residence of Queen Victoria, was one of the key locations used in the filming of the movie, due to be released September 2017, directed by Stephen Frears and starring Dame Judi Dench and renowned Continue reading →